On the land they built a bowling green and a small pavilion. They called it the Rookery Sports Club. Initially the club membership was restricted mainly to the professionals and businessmen who had previously bowled at the local Stowmarket Bowls Club situated at the Fox Hotel – see the photograph below. Can you see the man on the ground underneath the seats?

After many years of extensive fund raising, the green was enlarged and a car park laid. A new larger clubhouse was opened in 1962. Regular improvements have been carried out since then.

The club actively supports the National and County Bowling Associations and over the years, the Rookery has supplied many ladies and mens county presidents.

We have over 80 members and it is our hope to increase this membership by continuing to actively promote the game of bowls to those of all ages and physical abilities. With this in mind, we have a small active youth section that we would like to see grow. We have the use of a special wheelchair for use on the bowling green. We have recently installed a dedicated disabled toilet and meet the latest requirements of the law in connection with disabled people and minors. 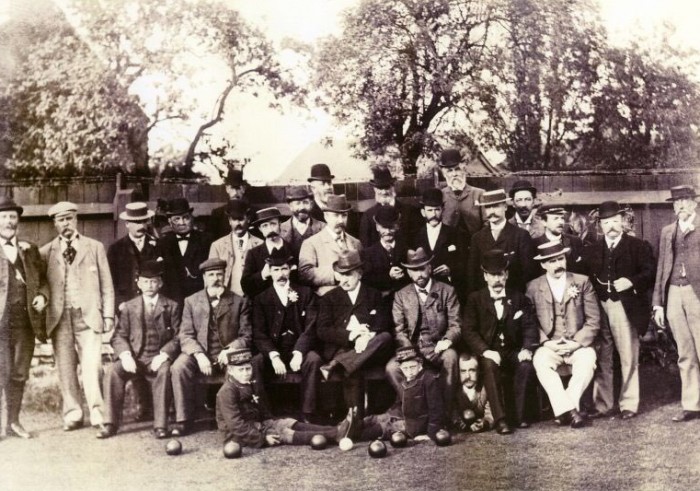 Made by: Vingtdeux Consulting Limited